Sen. Nelson Hopes To Bring Amtrak Back To North Florida 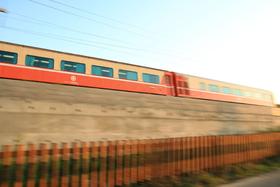 Senator Bill Nelson's investment in the proposed Amtrak passenger train line running through North Florida is a personal one. Nelson has fond memories of riding the train through the Florida Panhandle to visit his grandparents.

"In the old days, as a child, I used to get off the train in Marianna. And my folks in Chipley would come up, and they lived six miles south of Chipley, down there in Orange Hill. They would come up and pick me up," Nelson said.

If Nelson gets his way, Amtrak will re-establish the passenger service it cut after Hurricane Katrina. Trains transformed the state of Florida, and Nelson says linking tourist and transit hotspots from New Orleans to Panama City to Jacksonville could again be an economic boost.

“Over in the main square in Pensacola there is a statue to Colonel Chipley. And he was the one that built the railroad. And a lot of the towns grew up around the railroad. So it used to be a main economic driver,” Nelson said.

As a leading member of the Senate Committee on Transportation, Nelson is confident he can move the project along.

“Amtrak has a lot of friendly persuasion going on right now from folks like me to restore this service. I think they’re favorably inclined.”

Nelson hopes to set a meeting between Amtrak and local officials in early 2017, but says the company won’t invest unless there is demonstrated interest.