One of the most vulnerable targets during a hurricane are mobile homes and that proved to be the case for many Southwest Florida communities during Hurricane Ian.

“We have no idea what's going to happen to our park, whether we're going to be homeless,” said Catherine French who lives in Gasparilla Mobile Estates in Placida.

French and her neighbors say they made the right decision to evacuate. Most of their mobile home park is in ruins.

She says many neighbors plan to leave southwest Florida permanently.

"A lot of people are going to come in and getting what they can salvage and they're going back up north to where, you know, they have their other home, their main home," said French. "They're going back to Michigan, Ohio, wherever they're from.”

But neighbor Dan Kunz from North Jersey is not one of them. There is very little left of his mobile home which was built in 1954—it was supposed to be his permanent home.

"I wasn’t expecting a lot of be left. And actually that was accurate," said Kunz.

What is left of his belongings is completely exposed to the elements. The roof peeled right off.

"The toughest part is currently making decisions on what stays to be trashed and what might be salvageable and where to put it."

Kunz spent his night in his truck until he decides where he'll move next. He says he has another home in the Keys.

Kunz says he's sharing his story because he wants people to know what hurricanes can do. And although he lost him home and most of his personal belongings h
e says he still plans to live near the water.

“Water is the essence of life. It makes me feel good to be on or near the water.” 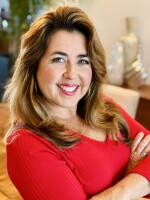