This week the nation remembers President John F. Kennedy who was killed by an assassin’s bullet 50 years ago – Friday Nov. 22, 1963.

The President was killed as he traveled by motorcade through downtown Dallas.

But the President and First Lady Jacqueline Kennedy began their day, and in fact spent their last night together, in nearby Ft. Worth.

Ronald J. Ebben, Morning Edition host at WFSU in Tallahassee, was on the radio in Ft. Worth that day  - as the events that have become part of our nation’s history unfolded. 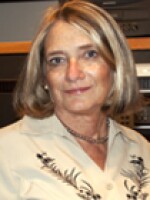