So how is Lee County’s economy looking post-Hurricane Ian?

“So, let's think about what's going on with the economy right now, post-Hurricane Ian. A lot of people are going to say, how quickly can we recover down here in Southwest Florida? One of the indicators of how well you're going to do after an event like this is how well you did before the event.”

He pointed out, “From 2015 through early 2020, Florida created more than one out of every 11 jobs in this country. And we're about 5% of the US economy so one in 20 would have been average. So we've been a job creator, no doubt. During the COVID pandemic it took Florida only 18 months to recover to the pre-COVID job number, and now we're up more than 426,000 jobs. What's interesting though, was that Lee County actually recovered its number of pre-COVID-19 jobs even earlier than the state: it was fully recovered in June 2021. Now not every single job is back,” Parrish added, “but Southwest Florida has done really well.“

"The U.S. metro areas’ GDP is a little over 30%, the state of Florida is at 43%--but the GDP for this region is at a whopping 52.4% (the Cape Coral/Fort Myers Metro Statistical Area), which is Lee County, of course, so it’s growing. Moreover, population growth has been huge here, Parrish stated. “Lee County grew to number six between the censuses of 2010 to 2020. Number six in actual numbers, and number 10 as a percentage, which is a ranking of 23. So we still have this large large demand to live in a great spot like this.”

Karen Moore is a contributing partner for WGCU and the publisher of SWFL Business Today. 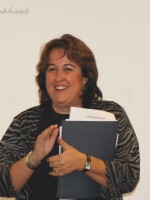